Wild Birds of North America
Price and Availability
Portfolio of 6 prints from "The WILD BIRDS OF NORTH AMERICA SERIES" presented by Dr John Craighead and created by Bruce Lattig. This is a portfolio of 6 lithographs each with an edition of 400 prints of Lattig's original watercolor paintings. The birds in the series are titled; The Peregrine Falcon, The Golden Eagle, Barn Owl, Eaglets in a Nest, Goshawk, and Canadian Geese.

Page size is the same for each print at 36 x 25 inches. Image dimensions, including signatures, vary. The Peregrine Falcon image area measures 21 x 15 inches. The Golden Eagle image area measures 23 x 15 inches. The Barn Owl image area measures 25 x 21 inches. The Eaglets in a Nest image area measures 23 x 29 inches. The Goshawk image area measures 23 x 29 inches. Canadian Geese image area measures 22.5 x 29.5 inches. These images are printed on the highest quality Arches 100% rag paper for archival permanence. Both Craig Lancehead and Bruce Lattig sign the prints in pencil under the image. Bruce Lattig's signature also appears in the image area of the original watercolor painting. Each print is also stamped on the reverse by the press, dated, titled, and initialed in pencil by Dr. Lance Craighead and Bruce Lattig.
Full editions of the series are housed in the Bancroft Library of the University of California in Berkeley, California; the Ornithological Department at Cornell University in Ithaca, New York, and in private collections around the world. Bruce Lattig is a dedicated wildlife artist who has created many paintings that have been honored throughout America and Europe and exhibited in numerous galleries including the Kennedy Gallery, Wunderlich Gallery, Grand Central Gallery in New York, Maxwell Gallery of San Francisco, and Tyron Gallery in London and Nairobi.
Bruce Lattig is a famed California wildlife watercolorist. A native Californian, born in San Francisco. From the time when at 12 accompanied his father into the wilderness on hunting and fishing trips, he sketched the scenes of wildlife around him. Bruce furthered his art education at the California College of Arts and Crafts. He has worked in all art media, but excels in transparent watercolor. Dr. Lance Craighead, renowned scientist and conservationist, well known through television and National Geographic films, has made lifelong studies of American wildlife. He and his distinguished family of noted biologists have pursued the same high goals for the preservation of wildlife and wild lands for three generations. Dr. Lance Craighead is a highly respected and award winning pioneer in research has been honored for his work with birds of prey, Canadian Geese, grizzly bears and elk: for his films, books and lectures to promote understanding of wildlife and for his pioneering work in the use of radio telemetry to track animals and gather scientific information. 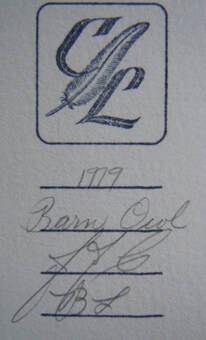